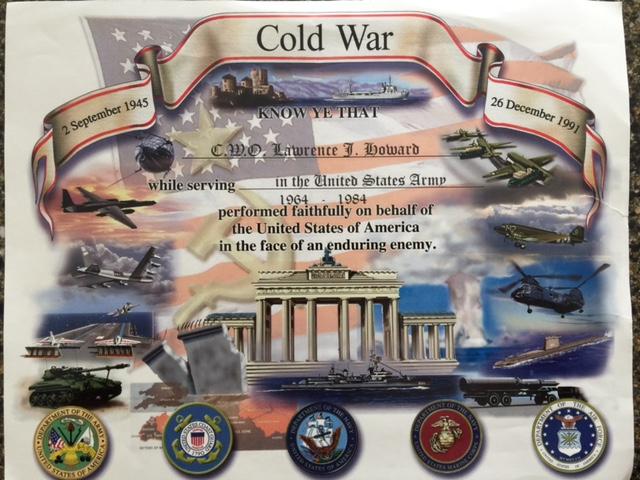 God Bless the U S A  /  The Texas Tenors   https://www.youtube.com/embed/daqwGRdRIsk?feature=player_detailpage

The Wall—A little history most people will never know.

There are 58,267 names now listed on that polished black wall, including those added in 2010.

date the names are alphabetized. It is hard to believe it is 36 years since the last casualties.

The first known casualty was Richard B. Fitzgibbon, of North Weymouth, Mass. (Listed by the U.S.

Department of Defense as having been killed on June 8, 1956.)   His name is listed on the Wall

with that of his son, Marine  Corps Lance Cpl. Richard B. Fitzgibbon III, who was killed on Sept. 7,

There are three sets of fathers and sons on the Wall.

5 soldiers on the Wall were 16 years old.

997 soldiers were killed on their first day in Vietnam

1,448 soldiers were killed on their last day in Vietnam.

31 sets of brothers are on the Wall.

Thirty one sets of parents lost two of their sons.

54 soldiers attended Thomas Edison High School in Philadelphia. I wonder why so many

8 Women are on the Wall.  Died, nursing the wounded.

244 soldiers were awarded the  Medal of Honor during the Vietnam War; 153 of them are on

Beallsville , Ohio with a population of 475 lost 6 of her sons.

West Virginia had the highest casualty rate per capita in the nation. There are 711 West

Virginians on the Wall.

teams that the little Arizona copper town of Morenci (pop. 5,058) had ever known and  cheered.

stalked deer in the Apache  National Forest . And in

They enjoyed roaring beer busts. In quieter moments,  they rode horses along the Coronado Trail,

the patriotic camaraderie  typical of Morenci’s mining families, the nine  graduates of Morenci

High enlisted as a group in the Marine Corps. Their  service began on Independence Day, 1966.

and lived on three consecutive streets in Midvale, Utah on Fifth, Sixth and Seventh avenues.

They lived only a few yards apart. They played  ball at the adjacent sandlot ball field. And they all

late 1967, all three would  be killed.  LeRoy was killed on Wednesday, Nov. 22,  the fourth anniversary

The most casualty deaths for a  single month was May 1968 – 2,415 casualties were incurred.

For most Americans who read this they will only see the numbers that the Vietnam War created.

To those of us who survived the war, and to the families of those who did not, we see the faces, we

feel the pain that these numbers created. We are, until we too pass away, haunted with these

numbers, because they were our friends, fathers, husbands, wives, sons and daughters.

There are no noble wars, just noble warriors.

Please pass this on to those who served during this time, and those who DO Care. I’ve also sent

this to those I KNOW do care very much, and I thank you for caring as you do.

The Texas Tenors from Tim Myers

The history of Veterans Day from Tim Myers

Tim Myers send us this link for a Veterans Day video.

PTSD Suicide issues with our Veterans:  from  Jim S

This is very strong and worth watching and reflecting on.
Also international as I noted the Canadian flag.https://www.youtube.com/embed/Wq0X0bwMprQ?feature=player_embeddedAlso “When the Eagle Cried”“As democracy is perfected, the office of the President represents, more and more closely, the inner soul of the people. On some great and glorious day, the plain folks of the land will reach their heart’s desire at last and the White House will be occupied by a downright fool and complete narcissistic moron.”
—H.L. Mencken, The Baltimore Evening Sun, July 26, 1920_____________________________________________________________________From Scott Grant:I am a Vietnam Veteran, but I hid this fact from people for several years after the war because I was caught up in the National shame of being involved in the war in Vietnam. I did not want friends to know that I spent a couple of years of my life facing my mortality and being involved with what so many protested as an American mistake. When the military service acted as if we should hide the fact of our involvement by ordering us not to wear our uniforms off post I was convinced it was a shameful thing I had been involved in, even though it was my country that ordered me and over a million others to go to Southeast Asia and defend something.I never gave much thought to whether it was right or wrong to fight in that war. My country sent me and because I was a member of the military I went. When my country abandoned the South Vietnamese I was ashamed of that. I was ashamed of the way the United States ran helter-skelter from the friends they had promised to support. I was ashamed of the lack of support our country showed us. We were never given the support that America had given its military throughout history. It was as if it were our fault that things did not go right for this country that had gotten us involved and did not have the resolve to finish what it had started.It’s now forty-four years since my tour in Vietnam, and somewhere along the way my thinking changed in the way I see my personal involvement. The pride started creeping into my thinking as we, the Vietnam Veterans, started a movement to get a Memorial, “The Wall.” Since Americans and our own government abandoned us, we would pay for and build our own memorial.The war protesters, the draft dodgers could go on with their lives after Jimmy Carter gave them amnesty. So, our lives could go on too, even if only we recognized our accomplishments without support of the American people. I started seeing other Vietnam Veterans as Brothers, and shared what only close brothers could share.I began also, to think of the war as a test, a rite of passage that my Father’s generation went through in World War II, and my Brother’s in Korea. I know now, that had I not gone to Vietnam when I was called, I would wonder all my life if I had what it takes to be an American, called on to do a duty for my country. I don’t have to wonder. I served. I went when called. I have spoken to many men since the war who did not serve in the military. Many say they wished they had gone. They feel a part of their life passed by while they watched from the sidelines. They will carry with them to the grave an unanswered question that I was fortunate enough to have answered. Would I serve if called by my country? I did and I survived, and I now walk with my head held high.When I meet other Vietnam Veterans I immediately feel a bond, a Brotherhood that only we, who have been there, can understand. My life would be missing a large part if I did not have this comradeship with my fellow Veterans.Some say, “It’s been over forty years ago, forget about it.” I am here to tell you that you cannot forget the defining episode of your life that sets you apart from others. How can you forget something as life-changing an experience as the war in Vietnam was for so many American men? Some who are old enough to remember where they were and what they were doing when John F. Kennedy was shot, or when Martin Luther King was shot can no more forget that, than a Vietnam Veteran can forget about the combat in which he was involved so long ago. How can someone who did not experience it, and doesn’t know if they would have gone had they been called tell Veterans to get over it and forget it?I wore the uniform of the United States military. I went when called to serve in Vietnam. For that I stand tall! I am proud. I am a Vietnam Veteran!_______________________________________________________________
Scroll back to top